What is a Pergola and How Much Does It Cost?

Home/Build/What is a Pergola and How Much Does It Cost?
Previous Next

What is a Pergola and How Much Does It Cost?

Confused about what a pergola is? Don’t worry, you’re not alone. People have the tendency to interchange a pergola with other backyard structures or embellishments.

A pergola is described as a structure that has posts, rafters and or additional features such as battens or plant training wire. It may be a stand-alone or attached as an extension to your home. Pergolas may look unfinished to the untrained eye, but for those who have come to fall in love with the pergola and what it has to offer to your home, it is anything but.

What is the Purpose of a Pergola?

It really depends on the homeowner, which goes to show how versatile a pergola can be!

A pergola may be built as an attachment to your home so that when you step outside, there’s a special place dedicated to giving you sunlight and seclusion, both things that we are sure you value.

It is also an option to have a pergola somewhere in your garden, away from your home. This structure can breathe new life into your yard and will be a definitive area in an otherwise plain space.

The Difference Between a Pergola and an Arbor

By now you might have come across structures like arbours, decks, and gazebos, all of which have their own purpose and are different from a pergola. Out of the other structures mentioned, it’s the arbour that is mostly confused with a pergola.

An arbour and a pergola are both popular home improvement options that look strikingly similar. However, their subtleties are what sets them apart. For example: 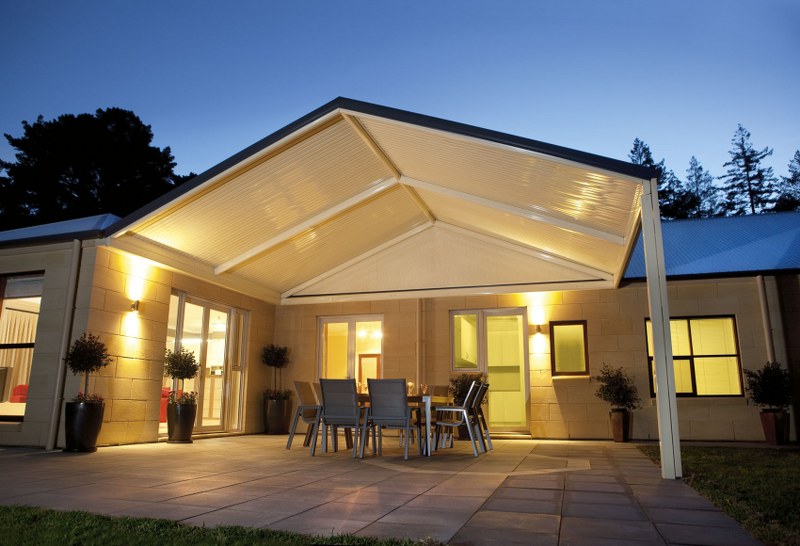 A modern-day pergola is loosely based on a medieval structure called a pergula, which was essentially an extended roof popular in Italy. The term was first coined by John Evelyn in 1640 when describing the cloister in Trinita dei Monti in Rome.

Pergolas are an extended living space, one that is still considered to be a part of the home, and this is what makes it vastly different from an arbour.

Pergolas come in a range of different styles, but here are the most commonly built ones:

Open pergola: no roof for this one. It is open on top and may be an ideal space to highlight some special lighting features in your backyard.

Gable pergola: what makes this pergola stand out is its triangular-shaped roof.

Sail pergola: just like a boat’s sails, there are fabrics that stretch from beam to beam

Flat pergola: while the name may suggest that its roof is flat, it isn’t. It is still installed at an angle that will allow rainfall to trickle down easily to avoid drainage issues.

How Much Does a Pergola Cost?

A pergola does not come with a packaged price. There are several factors that affect how much it would cost to have a pergola built.

These are just some of the common factors that we take into consideration whenever a client inquires’ about having a pergola built. Each pergola will always be differently priced according to the specifications of the client.

For pergolas that meet your heart’s desires, contact us for more information about how we can help you create a special area that complements your home perfectly.